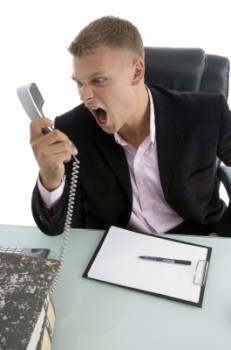 One of the biggest misconceptions of the benefits of video conferencing is that it has been created to replace travel, & therefore replace face-to-face meetings. Instead, it is important for organisations to actually recognise the benefits of interactive & visual video calls as a replacement to faceless & linear phone calls & audio conferences.

In 2010, VideoCentric ripped out all their landline phones and went 100% Video over IP. This meant a video phone arrived on every employees desk and internal dialling was now 100% video. All calls, whether audio or video, could be answered on these video phones, however video was now deemed VideoCentric’s primary form of communication, only downgraded to audio if the far end caller was not video enabled. So what have been the benefits?

No, video conferencing has not replaced our important meetings. Video should never be deployed to replace in-person time, and it would be silly to claim that video could ever be a replacement for handshakes and lunchtime get-togethers.

But for our team, it has greatly increased the amount of face-to-face interaction we have with both our customers and our colleagues. Now, instead of phone calls to clients, we can see each other in the flesh on a daily basis instead, much more than we would have done by just holding in-person meetings. The quality of our overall interaction is improved by replacing our phone calls with video calls, and this is without removing the personal gatherings needed to keep everyone happy.

Trust is said by some to be the most valuable commodity in business. Thanks to the increase in face-to-face interaction with video communications, we hold much stronger & trusting relationships with each of our customers. We get to know each other as a person, not just a voice, and in turn builds the long-term relationships that are vital to everyone involved.

That is also the case not just with external communications, but internal too. With the growth in flexible working, we have team members working from home, who find that video really enables them to stay connected and build relationships with their teams and colleagues (Take a look at a blog from one of our homeworkers, “The Flexible Millennial”). Would this happen over the phone? Not in the same way at all.

With 70% of communication known to be non-verbal, it is no surprise that much information is missed, or is found more difficult to grasp, when engaged within an audio call. Ever experienced a rather less-than-productive audio conference where priority seems to be more focused upon not interrupting your seniors rather than focusing on the task in hand? Facial cues, head & shoulder movements, arm gestures & “the look of confusion” are all but lost via audio.

Think of the top 3 things that frustrate you about your audio conferences… how many of these things could be solved if you could just see the people at the other end?

And if you haven’t seen “A Conference Call in Real Life”, then it might just resonate somewhat…

Where the sharing of visual ideas, drawings & designs could previously only be carried out within an in-person meeting, video collaboration enables immediate sharing & feedback as soon as it is required. No longer is distant communication only suitable for ideas that can be communicated verbally – at an instant I can show colleagues my annotations & designs & visually see their reactions in real-time.

These are just 4 simple reasons why Video Conferencing is a real benefit for businesses not just to reduce travel, but to improve the way you communicate on a daily basis. With more productive remote meetings, more face time with your customers and more efficient communications, there is no doubt that the replacement of our landline phones with video conferencing has had huge benefits to both our organisation and the thousands of organisations already using video as a primary method of getting the job done.

Can AI fit in the Workplace?

4 responses to “Phone Call vs Video Call? It’s your call.”