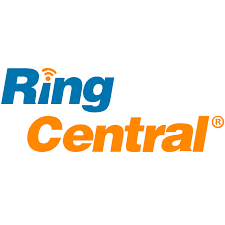 This article has been reposted from Channel Partners Online.

A new Zoom lawsuit alleges RingCentral breached its agreement and infringed on its trademarks.

Zoom filed its lawsuit in the U.S. District Court for the Northern District of California. It alleges federal unfair competition and false designation of origin, breach of contract, and violation of the California Business and Professionals Code.

According to the heavily redacted complaint, Zoom and RingCentral have partnered for more than seven years, providing video conferencing services for RingCentral to resell under its own RingCentral Meetings brand. Back in 2013, Zoom was “still a fledgling company little known in the marketplace.”

However, RingCentral rolled out its own video conferencing service, RingCentral Video, last April. RingCentral continued to market and sell Zoom products to new customers. However, it claims it is in the process of switching these customers to non-Zoom products.

Zoom claims that despite its efforts to terminate its agreement with RingCentral last summer, the latter continues to market and resell the former’s products and services to new customers.

Zoom also alleges RingCentral misled customers, investors and the public as to why it needs to transition customers to non-Zoom products. In a Jan. 19 announcement, RingCentral said the reason for the transition was to “give our customers the best possible video meeting experience.”

Zoom claims RingCentral‘s continued use of its trademarks has “robbed it of the ability to control the quality of the services” offered under the trademark, to the detriment of Zoom’s reputation and good will.

“RingCentral’s activities have caused and will continue to cause irreparable harm to Zoom,” the complaint said. “As a direct and foreseeable result of these breaches of the agreement, Zoom has suffered serious financial, legal and reputational harm.”

RingCentral issued a response saying it disagrees with Zoom’s reading of the agreement and intends to vigorously defend its position. It also said Zoom’s action seems to be “motivated by fear” of RingCentral’s success across two dimensions:

“As a consequence, Zoom is attempting to restrict customer choice and to hinder competition,” RingCentral said. “The plain truth is that Zoom cannot offer an integrated MVP experience, and restraining RingCentral from using RingCentral Meetings (RCM) during the contractually agreed time period would limit customer choice. While even Zoom does not contend that our existing customer base is in any way impacted by this dispute, the lawsuit attempts to obstruct RingCentral’s efforts to complete the transition of its customer pipeline to RingCentral Video (RCV), a transition that is already well underway.”